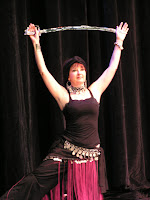 I like to look back before I look forward...character flaw? Ridiculous way to cause automobile accidents? Good way to fall off a treadmill? Maybe so, maybe so.

But looking back at my list of resolutions for 2008 may give me some perspective on setting resolutions. Did I make resolutions that were attainable? Are they even things that are important to me today, a year later? Did any of them come with cream cheese? Sorry, I'm a little hungry...more on that, later. Should have had breakfast before I sat down to eat.

At the top of 2008, I was optimistic. I made a list. I had plans. And then I got life-smacked. Suffice it to say I no longer live in the country. I'm a city girl now, sewer and all.

So, for the betterment of no one but me, here goes:

1. Be an encourager. I've done my very best with this one, and it's the one of which I'm proudest (that, and not leaving dangling participles).

2. Eat less junk food - like none. I've been fabulous at this one....for the last 24 hours. Actually, most of the year I didn't do well at all. I gained a few pounds. Got more out-of-shape. My back was VERY bad and it was difficult to exercise, so instead of doing the smart thing, and eating the number of calories I was actually burning (which calculates out to like 12), I ate comfort foods. Which made me very uncomfortable...as in, squished like a sausage into my clothes..had to buy new clothes...whoa, never worn THAT size before, uncomfortable. I tried many different diets. On one, I got sick of eggs and meat. On another, I craved eggs and meat. On a third, I was hungry ALL THE TIME. Three weeks ago, three measly weeks, I started a plan that works on changing the mind as well as the body and it's working well. Cravings are gone, I'm not that hungry, life is good. But I did have some dark chocolate covered dried sweet cherries yesterday at work. Because after all, contrary to some opinions, I am human.

3. Accept not one single date. For the whole year. I'm not kidding.
I wasn't kidding. At the time. But I did accept one date - a blind date set up by my great friend, Michelle. Who thankfully doesn't read this blog. Because, although she swore she'd go out with him if she was single, I think she had been on the elliptical too long and the blood had all flowed out of her brain to her muscles. And I had one disastrous date with a guy I'd dated in 2007...I'm thankful, actually for that one, as it made me remember WHY. I. AM. SO. MUCH. BETTER. OFF. WITHOUT. HIM. But I may keep this one...as I spent more time with my kids, more time with myself figuring out what I really want, and more time with God. But I don't think this should be a year-long goal for me...I'm gonna take it month by month.

4. Make it to the Stirring every week. Invite at least one new person a month.
Well, we switched our place of worship this year, due to unforeseen circumstances that had NOTHING to do with the Stirring...I love it, I miss it, and will always be connected, but now we're going to Neighborhood...but yes, we go every week, unless someone is sick. I've maintained the "invite at least one new person a month" although not many (ok, not any) took me up on it earlier in the year, now we have eight new people I've brought attending weekly. So I'm keeping this one and doubling it.

5. Pray more. Accomplished, but more importantly, I've attained the realization that I need to be living my entire life as a prayer.

6. Use my languages more. Okay with Spanish, but total failure on the rest. And I don't care about this one any more. Tossed!

7. Read more blogs! Successful, but now becoming very time-consuming....while I still find new ones to add, I'm pretty picky. But the ones I've picked I read conscientiously. There's been some really amazing additions to my daily reading list, and I want to seriously thank everyone who enriches my world.

Yes, we're getting close to the end.

8. Try to get the Prince to eat a more varied diet. Okay, to be fair, I did say TRY. Not giving up on this one, but still a total failure.

9. Dance more. Failure. Miserable, unhappy failure. I love to dance. Any kind, anywhere. My passion at the time was belly dance. And my back, though it doesn't pain me anymore (thanks to some really nasty injections), has been very stern with me...and so has my dear Dr. M who has forbidden any of it. Unless, of course, I can figure a way to do it without moving my hips. At all. For those of you who've seen the art of middle-eastern dance, you'll know it involves the hips much more than the belly. So, now I'm working on perfecting the art of head dancing. It's my own thing...

10. Sing karaoke. What was I thinking?

12. Go to the gym at least four days a week. Some weeks I do well, and some suck. That's life.

And that was it.

I may be back here in a day or two with some more for 2009. I should have thought about this sooner...but I didn't. Maybe I should add "Stop procrastinating" to my list. Maybe later.

Thanks for a great year! May you and yours have a wonderful, happy, and healthy new year!