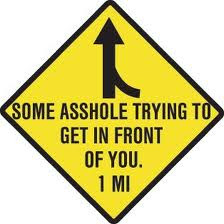 Dear guy in the big, black truck: I tried to allow you to merge onto the freeway today. The #1 lane was full, or I would have moved over. I saw you coming, and tried to adjust my speed a bit. When I realized you were trying to pace and not merge, going exactly the same speed as the car I was driving with my nine year old daughter, I slowed, so that you could get over. I even waved you in, but maybe you didn't notice. After all, you were busy slowing down to 35. When I finally realized you weren't getting over, I sped up, so that I could get past you, since it's not really safe to drive 35 on a 65 mph freeway. Thank you for calling me a bitch so clearly that my daughter could understand.

I've really missed you. Yes, I've been cheating on you...with Facebook, Twitter, and now Google+. The time I have spent with them is time I don't spend with you.

Such a sad day. I do believe that Casey Anthony had a great defense, and the prosecution suffered because they had no concrete cause of death. I think the jury took the state's burden of proof mandate seriously. Ms. Anthony will never really be free, and I believe she will be judged one day - by One greater than me. I am thankful it is not my job.

As hard as this is to say right now, I am glad that I live in a country where she got a fair trial, by a jury of her peers...and those jurors made an extremely unpopular decision because they believed it was the right one.

No need to teach an old dog new tricks, when she can learn on her own.

I asked the associate at Best Buy what was so much better about the Sony Streaming Player than the Roku...they were out of Roku and she had just told me the Sony was "way, way, way better." She did repeat way three times. Not two, as that would have meant it wasn't fully awesomeized, I suppose.

"Ummm, let me go ask (so she bothered to tell me it was way, way, way better without knowing anything about it?)...ok, he told me all this technical stuff, so I'll just repeat what he said. It has more stuff on it, it's DLNA, and it's wireless."

Me: "Roku is DLNA compliant (not to mention wireless and with lots of its own stuff)."

Her: "Wow! You know what that means?"

Yeah. And in the last week I have also recovered my laptop and figured out the problem with our T1 at work - way, way, way before any of the technicians who get paid 18 times more than I do.

Not bad for an old broad.

It is a Mother of a Day

Apparently, the position of the apostrophe was very specifically chosen, "It was to be a singular possessive, for each family to honour their mother, not a plural possessive commemorating all mothers in the world."

I don't care. I want to wish all the mothers out there a Happy Mother's Day, and I want to include those who stand in for mothers: foster mothers, aunts, even friends. To all the women who filled the gap (and still do today after all these years) after my own beloved mother passed, thank you.

I say a special prayer for the women who gave life to my two children, the foster mother who kept them safe and loved until God brought them to me, and to their stepmother. They adore her, and I am so thankful.

Last year I wrote this and it reminds me that Mother's Day is always bittersweet for me.

May you have a fabulous Mother's Day - Traditional or not.

What I hate about my iPhone 4

The vibration, or complete and total lack of what any human could remotely call a recognizable vibration.

I am a woman.
I work in an office.
I have no pockets in any of my work attire.
My phone must be on silent, yet my bosses call me on my cell all the time.
I feel like an idiot holding it in my hand all the time...like I am just waiting for Justin Timberlake or Justin Beiber or Donny Osmond to call or something.
So I have to stuff it in my bra.
I. am. not. kidding.

And now you know.

I went to pick up one of Emme's friend's yesterday. This is a girl my daughter has had issues with off and on since kindergarten, and their friendship seems to be going well lately. I want to get to know her better. No one at the school has come out and said anything directly, but I have gotten the impression her home life isn't the best and that maybe she gets some extra guidance from the adults at school.

I had told her mom I would be there at 4pm on the phone. I have never met her. I guess she doesn't go on the field trips or go to Family Art Night or Science Night.

I got there to pick her up and the girl was waiting outside. Me, "Don't you need to tell your mom you are leaving?" "No, she is at the jail, visiting her boyfriend."

I think I heard a crack in my heart at that very moment.

I started calling the mom about 7pm to ask if little girl could stay the night. No answer for an hour and a half. No return calls, either. We drove over to their home, and the mom and several others were partying loudly in the front yard. Another crack.

I can assure you if my child was off with a virtual stranger, my cell phone would be on and attached to my hand the entire time. I would stare at it, waiting for it to ring, even if I was in the bathroom. Not that I would take it into the bathroom, because that's just gross (everyone knows what kind of vaporized horror spews into the bathroom when someone flushes a toilet, right?), but I would stretch my arm out through the door to hold on to it. Like Stretch what's-his-name. Oops, did that just date me?

Anyway, the little girl spent the night at my house and is going to church with us today, and every Sunday as long as she wants.

I hate yardwork, but I have to admit that it wasn't so bad today. My kidlets helped, and we were all outside together in this beautiful Shasta County weather. There is a certain satisfaction in mowing a lawn - seeing the rows of grass go under the blades and come out even and trimmed.

Of course, Emme tripped while running through the sprinklers (their treat for helping) and is ensconced on the couch with an ice pack. It really wouldn't be a family weekend without someone getting hurt.

In two days I:

Drove four 10-year-olds to San Francisco. Got stuck on I-80 behind what looked as though it must have been a horrendous wreck.

Walked four 10-year-olds around Ghirardelli Square, and tried to convince three of them they needed to eat lunch. One needed no convincing at all. 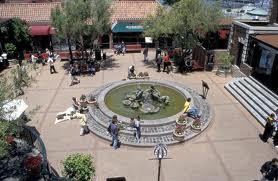 Got them to the Balclutha - laughed, cried, and made a new friend in one of the parents. 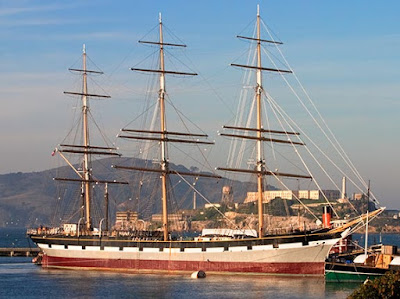 Checked into a hotel, and immediately got back on the road to drive to Santa Cruz. Only got lost once....and not badly.

Got an amazing tour by a local - got to see the devastation in the harbor from the tsunami and the aftermath of the recent flooding in Capitola. I had no idea that Capitola had suffered so much damage recently. I was stunned that I live only a few hours away and was completely in the dark about what had happened there. 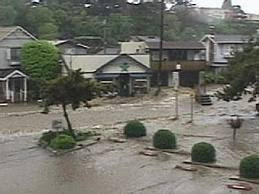 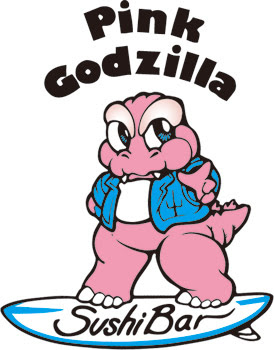 Drove back to San Francisco in time to fall into my hotel bed. 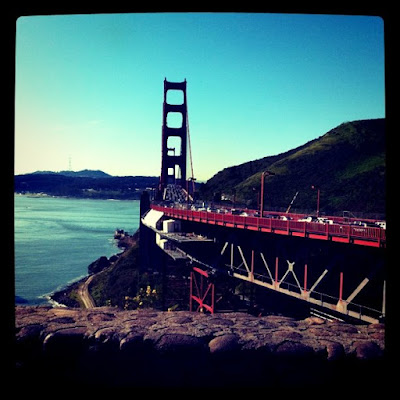 Got really homesick for the North Bay driving them home.

Survived about 14 potty stops. Deflected spats between two of them - an ex-boyfriend/girlfriend...and yes, they are 10.

Helped one of the 10 year old girls who unexpectedly got a "visitor", and was completely unprepared to have this happen on a fifth-grade field trip.

Am now completely exhausted, having a glass of wine, and contemplating bed before 8pm. Yay, me.

It is spring. I know, I know. Today included two or three rounds of hail, high winds, and gallons of rain. But, it is in the air...that itch to get everything clean, everything organized, and get productive after a winter in my hibernation cave.

How shall I start? Think I will look to Anna for help.

No 50 emails a day making me feel like I am always behind. Just a new task every couple days. I can do this, and so can you.

Check out the button on the right, click and join Anna, and let's get moving! 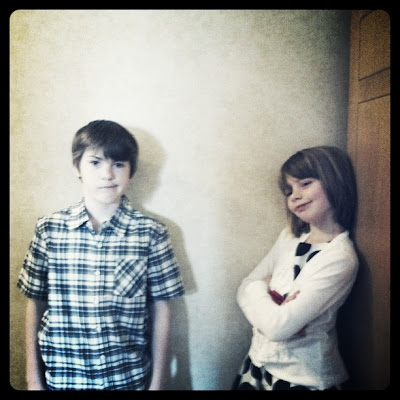