Sometimes it's just too much 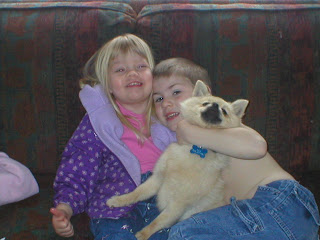 An old pic, but a goodie
My kids had a good week. A really good week. Not a single note, or phone call from school. Don't get me wrong, they're not bad kids. But they have their issues. Don't get me started if you believe wholeheartedly that all ADHD can be "cured" with diet....sometimes the brain is just wired differently. We've tried every dietary restriction out there, and they are very healthy because of that, but who they are doesn't change - and my kids ARE the ones who will be discovering something new, or inventing something we've never seen before, or taking off to climb the world's highest mountain - because their brains are working 50 times faster than anyone else's. There's a reason, and those of you who know me well already know what it is. Look back through my archives, and you'll see I've alluded to this, but I'm just not going to do it right now. Who knows exactly why special needs kids are the way they are, anyway? And does it really matter?

My kids had a really good week. They had a great time at church today - Emme found a friend she hadn't seen since changing schools in kindergarten. Jake finally saved up enough "bucks" to buy a marshmallow shooter....

My kids had a really good week. They both asked to go to Burger King for lunch after church. They actually agreed, and worked together to convince me. I think it's the last fast food restaurant in town with an indoor play area.

As I waited for our food, I sent them in to play. I noticed three women come in to order right after us. One well-dressed, and a bit older than the other two. The younger two had beautiful smiles. They were very short, and one obviously had Down's Syndrome, while the other seemed to have another genetic difference I was unfamiliar with. I gave a quick prayer of thanksgiving for families and love, and resiliency, and my children's good health. The shorter one paused at the soda machine, choosing her drink carefully. I told her I liked her t-shirt, and she gave me a smile.

A few minutes later, I turned to bring our food into the play area room. I saw this young woman on the floor, cradled by her older friend and a man who'd been having lunch with his kids. She was having a seizure. I asked what I could do to help - they had already called 911, so I went out and told the staff of Burger King that an ambulance was on its way, and grabbed some napkins....the young women had been ill, and I wiped her face clean while we tried to determine if there was still food in her mouth. We were afraid she would choke.

I comforted the girl with Down's Syndrome, then my own kids. I got everyone settled down and returned to the sick girl's side. As I was saying a short prayer, I heard my son call out, "They're here!" He held the door open for the firemen.

A gurney was brought in, an IV started, and she was on her way to the emergency room in no time. It turned out her friend was her Special Olympics coach. She followed the ambulance to the hospital.

During this time - probably only 10 minutes, though it seemed longer, not one other person tried to help. Not one employee of the restaurant came to see if the young woman needed anything, nor did they come out to clean up the mess. We were there another half-hour after the ambulance left, and the mess remained on the floor and tables. I went out to remind them, and a young man told me that he had been too busy.

At first I was angry. Then I realized they were all young teens, probably scared, probably overwhelmed...probably not wanting to clean up the mess because they were afraid. An older couple had stood and stared the entire time - I had to ask them to move so I could get some napkins. Honestly, I'd never seen anyone suffering a grand mal seizure before, either, but I just saw a young girl who needed help. How can anyone not help?

My kids had a really good week. Thanks be to God.
Posted by Unknown at 5:58 PM