Wait, wait....whose kids are these? 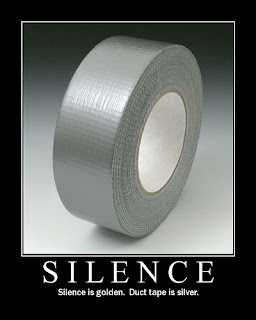 Saturday night, I was having dinner with friends. Adult dinner, with adult beverages, and adult conversation. It's been a while...well, except for the Chamber dinner, but that was...how do you say it? Boring.

My phone rings. The woman who is keeping my little prince for the night has a question for me. It seems that my son told her that he was abducted.

Yes, abducted. Face on the milk carton, Amber Alert, go to prison for 10 years, abducted. After laughing, I explained that both my kids were ADOPTED. Not abducted.

It's something we often discuss in our home. Nothing surprising, and nothing my son doesn't know how to pronounce. Apparently this babysitter has sweet potatoes in her ears.

Tonight, the prince came home from spending the day with another friend. Princess Jelly Bean is very sick, and he spent the day elsewhere to give him a fighting chance to not end up with her 103 temperature. They went to a pool party, and I sent him with his navy and yellow swim trunks, as I knew they wouldn't fit him much longer and he really likes them.

He returned home with duct tape all over his posterior. When I asked him what the??? He simply said, "Mom, did you know that duct tape can fix anything?" His trunks had torn right down the side of the rear seam...and he soon realized that the tape was stuck more to his bum than to the fabric.

He asked me to take a picture of the giant red welt it left, so that he could see what it looked like.

He made me swear I wouldn't post it on my blog.

Who does he think I am? Of course I won't.

I'll just keep it until he starts dating.

Ha! Love it!!! It's so good to see you enjoying these funny like "kids say the darndest things" moments. These are the memories we will cherish!

Annie, I'm not a mother. I often get a little bored with all the "mommy blogs" and the endless stories of what mothers think is "cute."

btw,found you at Vodka Mom's....she harrasses me so much I do as she asks and I'm always glad :)

My son LOVES duct tape. He's fixed just about everything with it, including rips in clothes. I guess it's a boy thing. Fire and duct tape.